Linen coasters with a little salt

I spent all weekend making coasters.  You know sometimes you find a pattern or get an idea and you just want to make a gazillion of them because they are so fun?  This was a coaster making kind of weekend. 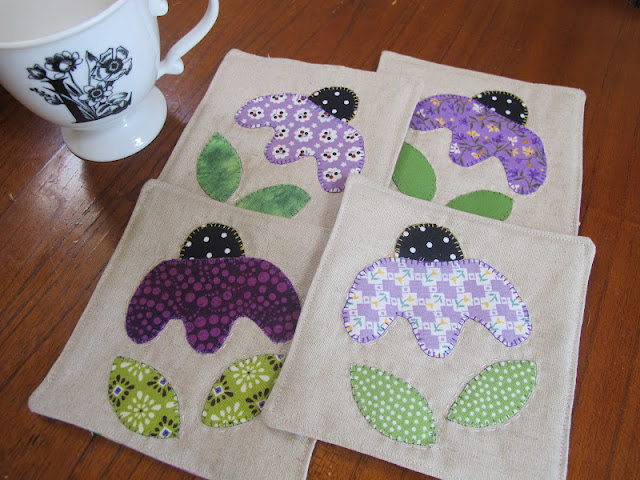 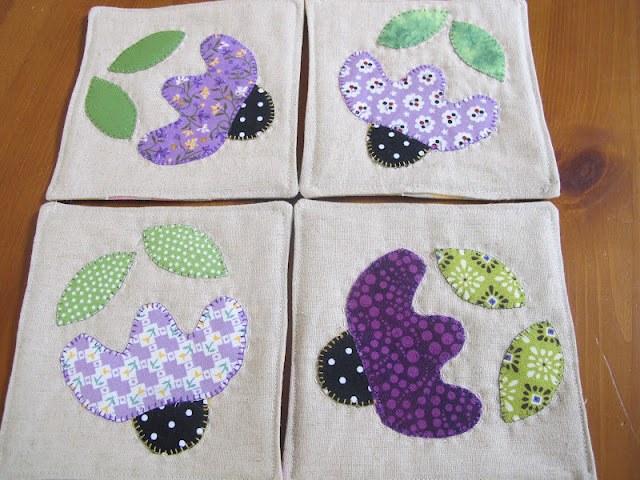 Linen, fabric scraps, machine applique and a little hand quilting.  Everything I love!!
I found the pattern here, but changed the flower and drew my own purple cone flower. 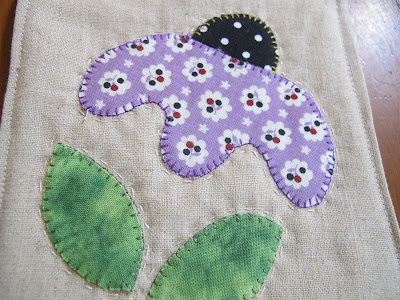 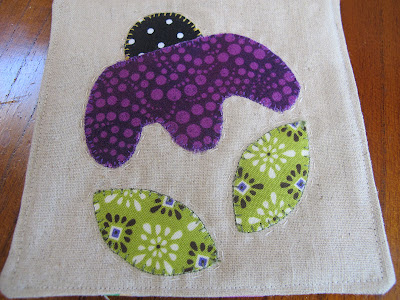 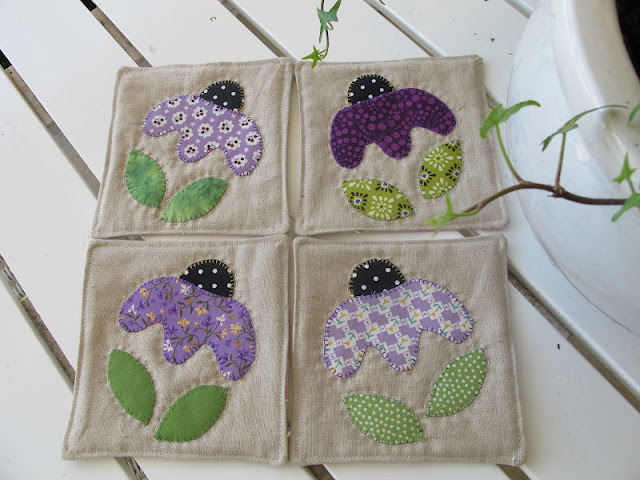 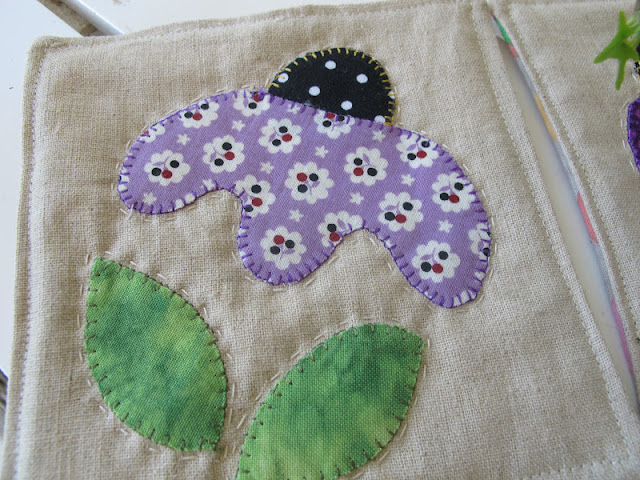 In my next post I'll show you the other coasters I made.  I couldn't stop at fabric, there had to be some out of yarn too!  Here is a peek....... 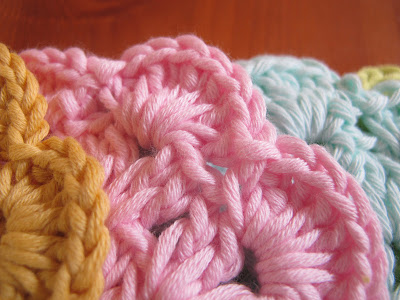 Meanwhile here is a new product I found on this blog.  These are seasonings from The Spice Hound. 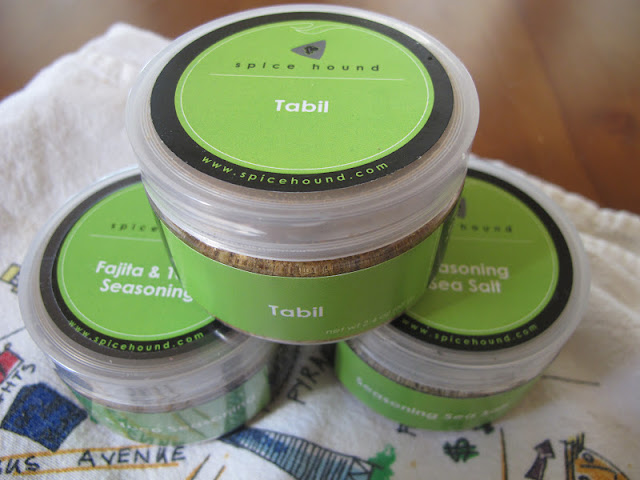 So far I have tried the Tabil( a Tunisian blend) and Seasoning sea salt, and they were great.  Tonight I'm going to make  taco salad with the Fajita and Taco seasoning.  Yummy.
When I received my order, they had included a small complimentary bag of Alaea Hawaiian sea salt.  Here's what it looks like. 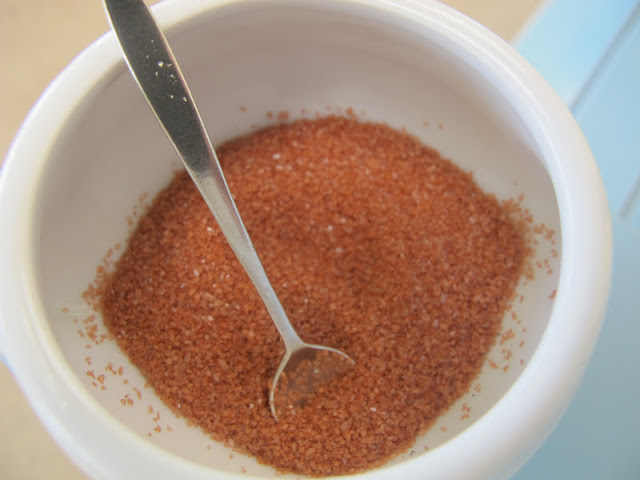 I sprinkled this on radishes, and then avocado slices.  It's amazing!!  I will definitely be ordering some of this, because the sample will be gone soon.
This weekend went by too quickly.  In between sewing, I stayed on the couch and watched movies.  There was a new mini series on television called Treasure Island, which was very good, and then I watched Man on Fire with Denzel Washington.  I needed a drink after that one.  I love Denzel, but there was too much violence and killing for me.  I think I will stick to some lighthearted comedy for a while.  Enjoy your week :D

You guys are awesome! Thank you for the comments!